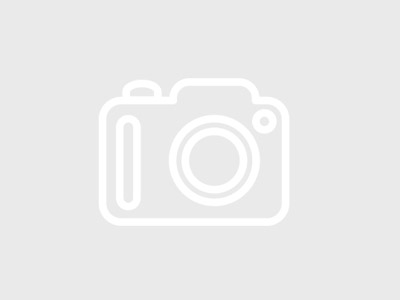 On 2010 Arbor Networks was acquired by Tektronix Communications which is a member of Danaher Corporation`s Test & Measurement solutions division.

On 2015, Aruba Networks was acquired by Hewlett-Packard and joined the HP Networking business within HP’s Enterprise Group organization. The name after acquisition changed to  "Aruba, a Hewlett Packard Enerprise company".

Cisco Systems, Inc. is a multinational company founded in 1984. It is the worldwide leading telecommunications equipment manufacturer. It keeps #1 and #2 in most market segments for years. Headquarters in San Jose, California, the United States. Number of employees exceed 70,000 (2015) people of which 35% are engineers. Representative offices opened in North America, South America, Europe, Asia, Africa and Australia. Nearly 70,000 channel partners worldwide.Eequipment manufactured by Cisco Systems, Inc marketed in 165 countries worldwide.

D-Link Corporation is a well-known multinational networking equipment manufacturing corporation. Founded in 1986 as Datex Systems Inc. and in 1994 changed its name to D-Link Corporation. Headquartes in Taipei, Taiwan. Company employes more than 2,700 (2015) people.

Ekinops is one of the leading supplier of next generation optical transmission network equipment for carriers and service providers. Founded in 2003. Headquarters in Lannion, France. Representative offices are in Europe, North America and Asia.

Extreme Networks is one of the leading telecommunications equipment manufacturer in the world. Founded in 1996. Headquarters in San Jose, California, the United States. Number of employees is more than 1,300 (2015) people. Main directions of development of the equipment include switching, wireless transmission, SDN.

F5 Networks, Inc. is one of the leading manufacturer of the solutions based on Application Delivery Networking (ADN) technology that optimizes the delivery of network-based applications and network resources availability. Founded in 1996. Headquarters in Seattle, Washington, United States. The company employs more than 4,000 (2015) people. Representative offices opened in South America, Europe, Asia, Africa and Australia.

Fortinet, Inc is a multinational corporation founded in 2000 that specializes in network security solutions. Headquarters in Sunnyvale, California, the United States. The company employs more than 4,000 people.

Hewlett-Packard Company (commonly referred to as HP) is one of the largest IT-solutions company. It developes and produces a wide range of hardware components as well as software applications. Founded in 1939. Headquarters in Palo Alto, California, the United States. Company employes more than 300,000 (Q2, 2015) people. Since 1986 HP has made more than 100 acquisitions in a variety of specializations from hardware components manufacturing to cloud computing software.

On 2014, Hewlett-Packard decided to split the PC and printers business from its enterprise business. The split closed on 2015 and resulted in two publicly traded companies: HP Inc. and Hewlett Packard Enterprise.

International Business Machines (commonly referred to as IBM) is a multinational technology and consulting corporation founded in 1911. It is one of the top largest suppliers of IT-technologies solutions including computer hardware, middleware and software as well as research and development of semiconductors and chips.

Headquarters in Armonk, New York, the United States. The Company employs nearly 400,000 (2014) people. IBM has 12 research laboratories worldwide.  The company spends more than $6 billion of its revenue in research and development and of the 2013 held the record for most patents generated by a business for 22 consecutive years.

ZyXEL Communications Corp is a well-known vendor of carrier and enterpirse network equipment. Founded in 1989. Headquarters in Hsinchu, Taiwan. Representative offices are in North America, Europe and Asia.
Company employs more that 2,000 people.

Equipment by ZyXEL marketed in more than 150 countries worlwide.